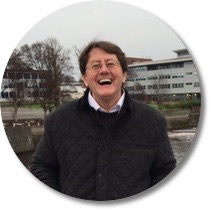 Charley Brady is a freelance writer who occasionally awakens from his self-imposed coma in order to share his sparkling words of wisdom with a presumably grateful world.

Although currently enjoying a life of Lovecraftian seclusion in Oranmore in County Galway, he has travelled very extensively.

For several years he combined his endless curiosity about other countries with his love of writing by contributing regular articles on global property and travel to the Irish Sunday Independent, McGill magazine and Househunters in the Sun.

Charley is currently the content writer with ContentSolutions in Oranmore; contributes to The Lovecraft eZine; and continues to infuriate all the right people with his monthly political column of over twelve years, ‘Swimming Upstream’, in Chicago’s Irish American News.

He has just finished his soon – soon! – to-be-released book An Age Undreamed Of, which touches on, amongst other things, the work of the great Texan pulp writer Robert E. Howard, one of Charley’s many passions.  His other obsessions include the movies of directors Sam Peckinpah, Ken Russell and David Cronenberg; and the writings of J.G Ballard, Philip K. Dick and H.P. Lovecraft.  And he has time to indulge them all as he was blissfully born almost completely free of the sporting gene.

In addition Charley writes two blogs, one on politics and the other which prints his many hundreds of book and cinema reviews.  Indeed, he has been ejected from many a gathering (still talking) for sharing his love of silent era and early black and white films whilst the football match was on in the background.

He greatly looks forward to joining Fergal and his team at Happy Marketing and Media.